What Makes Food Kosher? Everything You Need to Know!

For many Jewish people, following a kosher diet is an act of reverence and devotion. But the high-quality standards that set kosher foods apart from non-kosher foods offer health and safety benefits many non-Jewish people also enjoy.

But is kosher food truly meant for you? Let’s find out by taking a deeper look into what makes food kosher!

What Does “Kosher” Mean?

For food to be considered kosher, it needs to meet the dietary regulations primarily found in Leviticus and Deuteronomy. These are two of the five books forming the Torah, which is the first part of the Tanakh (the Hebrew Bible), better known as The Old Testament.

These dietary regulations form the halakha (“law”), which the Talmud rabbis further developed into the kashrut (“dietary law”) principles. When food meets these requirements, we call it kashér in Hebrew, or kosher in English.

Many people believe one of these requirements is for the food to be blessed by a rabbi. But kosher actually means “fit” or “appropriate.”

Biblical Hebrew only has about 8,679 words, so many of them have different meanings. To find the most applicable one, you need to look at the context. In this case, kashér means “fit for consumption.”

So do rabbis need to bless the food for it to be considered fit for consumption?

Not at all! But one does need to oversee the way that food is processed, through a practice called hashgacha.

All kosher foods fall under one of 3 categories:

For meat and meat products to be considered fleischig rather than treif (Yiddish for “torn”), they need to be cut from the forequarters of a kosher animal or bird.

Kosher animals have cloven hooves and chew their cud – for example, cows and sheep. The Torah includes a list of domesticated birds, such as chickens, which are considered fleischig. Talmudic rabbis later added some others, but all birds of prey are strictly excluded.

The animal also needs to be slaughtered by a shochet, a butcher who has been trained in the kosher slaughter method (shechita) prescribed by the Jewish dietary laws. Shechita requires the trachea and esophagus to be cut with a sharp, flawless knife; avoiding unnecessary pain for the animal. The meat is then thoroughly soaked to remove all traces of blood.

This means kosher meat is inherently cleaner and more humane than meat processed by commercial slaughterhouses!

Kosher Dairy and its Separation from Meat

Milchig refers to dairy products made from the milk of kosher animals.

However, the source isn’t the only consideration. Some hard cheese variants are trief/non-kosher because they’re processed with gelatin or rennet, which are animal-based.

Jewish dietary lawdictates dairy products and animal products may not be mixed. This includes the utensils and other equipment used to handle these products.

From a non-Jewish perspective, this also helps prevent cross-contamination!

For fish to be considered kosher, they need to have fins and scales. This means water-dwelling animals like shellfish and shark aren’t kosher, but fish like tuna and salmon are.

Like meat products, kosher eggs need to come from kosher animals, including birds and fish. They also need to be 100% free from all traces of blood. Unfortunately, this means real caviar (sturgeon eggs) isn’t kosher. However, there is kosher “caviar” available, which uses salmon eggs instead.

When it comes to plant-based foods, it becomes a little more complicated. All unprocessed plant-based food items are considered kosher, but if they’ve been processed using equipment and/or other ingredients that aren’t kosher, then they become trief.

There are also special considerations during Pesach (Passover), which is why Broadway Basketeers offers separate Passover gift baskets!

Because of the way kosher animals are slaughtered – protecting us from cross-contamination – kashrut regulations ensure kosher food is infused with a deep respect for life. And as a result, kosher food is also of a much higher quality than most (if not all) non-kosher food!

This is one of the reasons why Broadway Basketeers only uses 100% kosher foods, certified under the supervision of OK Kosher Laboratories and Rabbi Don Yoel Levy.

So why not celebrate life and enjoy some delicious kosher goodies such as the birthday gift baskets at Broadway Basketeers? You won’t be disappointed! 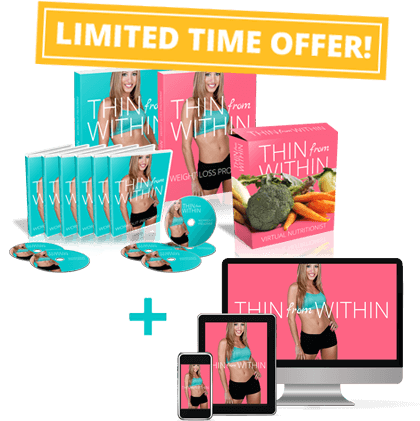